Chicken Salad is a DIY comedy pilot about Pierce Putnam, a white collar ex-convict who must pick up the pieces of his broken life when he gets out of prison, only to face his reluctant best friend, his sadistic new parole officer, his stoned new neighbor, his vengeful ex-wife and a gang of Silicon Beach former co-workers who got screwed because of Pierce’s fraudulent schemes.

You know what they say. “You’ve got to turn chicken sh** into… 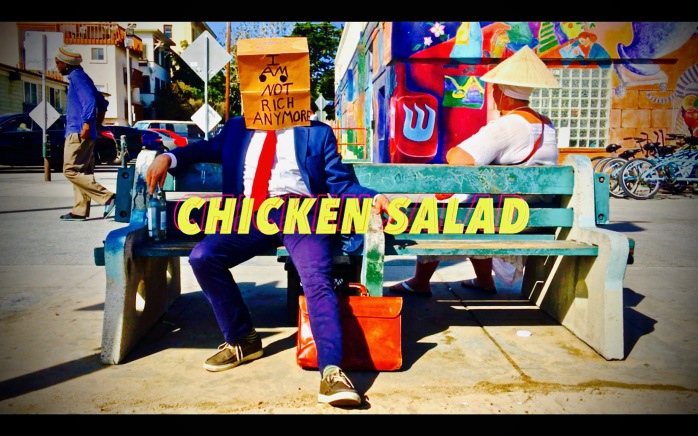